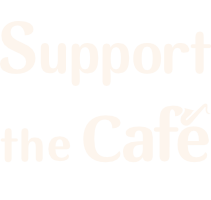 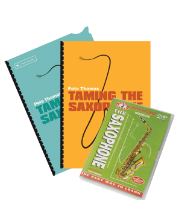 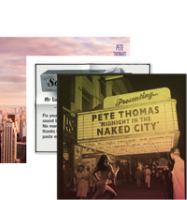 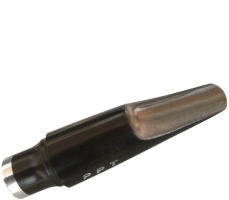 Mouthpieces Should the Runyon 22 mouthpiece join the Yamaha & Rico recommendations?

I am aware that the Runyon 22 mouthpiece only costs £30 or so, and wonder whether it should join the list of recommended beginner mouthpieces. I have never played one but was inspired to do some research as a result of communication with Nick (Wyver) on a related topic. I would appreciate any contributions from people who have played a 22. What I know is that they were designed in the 1940's, seem suited to jazz etc. and have quite a well balanced/flexible tone.

Does it merit inclusion in the list along with Yamaha Plastic & Rico Graftonite mouthpieces?

Apparently - according to a SOTW poster - Charlie Parker used to play a Runyon 22 (white) not a Brilhart Tonalin! It was considered a pro mouthpiece at the time.....

The yamaha and Rico get recommended because they're good beginners mouthpieces, and reasonably priced. I've no idea what a Runyon 22 is like, but just because Parke played on (if SOTW is to be believed) doesn't make it a good beginners piece - unless we have good corroboration from guys who actually know them.

Apparently the Parker connection is very solid - it does feature on the Runyon Website, and Santy Runyon did work with Parker in terms of original prototypes. The 22 does seem to feature as a strong student recommendation on SOTW, along with the Morgan Protone - stocked by John Myatt music, along with the 22 - at @ £25 each, so cheaper than the Yami. I have ordered one from sax.co.uk so can offer a review sometime next week.

Well, Tom, given that you've ordered one, I hope you find it better than the one I played. They have a very conservative design, like an old school classical mouthpiece, and I found it played with a dull, flat and characterless tone. Less life than a Yamaha (and that's saying something) and not a patch on a Rico Graftonite, let alone a Metalite.

Others might disagree, and I should temper this comment with the observation that I really don't like 'classical' sax mouthpieces at all. I have found, for me, that the Selmer S80 C** is the worst mouthpiece possible, yet some people (many people?) love them.

Now there's a challenge.......as Nick Wyver would say "Ligature choice could be pivotal.......";} I might just receive it tomorrow and I will do a direct comparison with my Rico B5 - using FL basic lig & Reeds. Of course asks the question as to why Bird played one (probably there was "bu**er all choice" and he had to practice like crazy). Exciting test lies ahead....

Yup, a direct comparison with everything else standardised - the same reed, lig, sax and Tom, that's what we need.

Incidentally, about Bird, the thing is that he reputedly was totally disinterestedin his kit and used whatever came to hand. He was always doing daft stuff like losing his horn. That's what comes from being a chaotic smack-head, I guess.

Well, the answer is a resounding yes!!!!! The Runyon 22 arrived today and I've been doing a direct comparison with the Rico B5 and overall prefer the Runyon - not a massive difference, but the Runyon was very good indeed, and I would happily use it as an alternative piece to my other mouthpieces.

Equipment was Selmer Ref54 Alto/Francois Louis Basic Ligature/Francois Louis Excellence 2.5 Reeds. The Runyon has a 7 facing (0.078) and the Rico a 5 (0.080). The Runyon was freer blowing, and had a solid core sound but with quite a resonance,buzz and slight edginess in the sound, which pointed towards what I most like in my Ponzol Vintage 0.085, which has slightly more finesse. The Rico was more resistant to blowing, had an excellent core sound, but with less resonance than I prefer. It is a common experience with Rico's for me - a little solid, slightly less edge, and a muted resonance. This was true in both registers. I did not experience any stuffiness whatsoever in the Runyon, and the sound had genuine character.

Given this I would recommend the Runyon 22 as a suitable beginner mouthpiece, but maybe in 6 or 7 facings rather than smaller. I suppose Bird had to play what was available to him at the time, and Ponzols hadn't been invented at that time. What I got out of it was my preferred sound, with just slightly less finesse and warmth compared to the Ponzol. If I was choosing for the first time I would go for the Runyon over the Rico, and feel that the Runyon is superb value at £30, including ligature and cap (about the same as the Rico if bought as a package.

Thanks, Tom, I was waiting for this.

Glad you got more (a lot more) from the 22 than I did. Just goes to show that one man's meat is another man's poisson (or something like that!)

What tip opening did you play BTW?
Kind regards as always.
Tom

I later played it with the Runyon ligature and the sound was still very good indeed.

Hi Tom, I tend to play alto using an Oleg Maestro mouthpiece of about a 7 tip opening, or a Yanagisawa metal of similar size. My natural, personal tone tends towards the mellow on alto, so I generally prefer larger baffle mouthpieces to pep the sound up a bit.

kevgermany said:
The yamaha and Rico get recommended because they're good beginners mouthpieces, and reasonably priced. I've no idea what a Runyon 22 is like, but just because Parke played on (if SOTW is to be believed) doesn't make it a good beginners piece - unless we have good corroboration from guys who actually know them.
Click to expand...

Just switched back from Tenor to Alto, expecting some high pitched squawky nonsense - not a bit of it, just a richer, more complex sound. I started with my usual setup (SelmerRef54/Phil-Tone Custom 0.078"/FL Pure Brass Lig/Alexander DC 2.5 reeds)but then substituted my Runyon 22 Plastic Compound 7 tip - what a lovely sound! No wonder Parker liked them (admittedly not much choice in those days). Anyway, a hearty recommendaion from one who knows - a very satisfying sound with not a hint of dullness and very good intonation in both registers. I note that Sax Heaven have them at £24, and JohnMyatt at £25 - absolute bargain.

From a beginners point of view they can be bought with small tip openings, and have wider side rails, which reduce the prospect of squeaking.

Enjoy. Intersting that you finfd the alto more complex, for me it's the other way around. Maybe my lungs/vocal tract work better on a tenor than an alto, I've a rather barrel shaped chest.
H

I know this is an old Thread but the Yamaha 4C and the Selmer S80s are univsersally recommended because they're both commonly available and the Yamaha won't break the budget. The Runyon, the older 22ss at least are great but as far as citing these as a beginner MP I wouldn't be recommended anything more than #4. This can be opened a little down the track but fir a beginner, more than a #4 is gonna' be too tough. Runyon 22's these days (now 2019) are $100
You must log in or register to reply here.
Share:
Facebook Twitter Reddit Pinterest WhatsApp Email Share Link

Teaching saxophone: too much jazz of the 50s?