Hello all, I am just wondering if someone can help me understand the idea of scale families. I think I am referring to grouping major and minor etc. scales based on a common key signature.

The reason I ask is that I have been diligently learning my scales and am able to go through major, dorian, harmonic minor, pentatonics, blues in all keys. This has been a great starting point and helped me discipline practice sessions. However, I am now finding as I am learning new scales it's hard to keep track and although can see the relationships between various different keys and scales am having a hard time really getting it into my head.

Hence my question; is there a method to group scales into families that will help learn their relationships and how they may be used within a given key signature?

mp_mccarthy said:
I think I am referring to grouping major and minor etc. scales based on a common key signature.
Click to expand...

You've answered your own question. The trick is to minimise the amount you learn, which is what you are asking of course. It involves more thought, but less time trying to get the notes into your fingers. If you play C major, you have also played all seven modes. And as far as jazz is concerned you have also played the melodic minor apart from the b3 - jazz doesn't use the descending part of the melodic minor, unless you choose to play that sound.

So in practice, you'll give yourself less to learn if you go from one scale to another by changing the minimum amount of notes, hence the cycle of 5ths/4ths.

You can also practice all the types of scale that share the same root:

It doesn't quite work as the C melodic is the fly in the ointment but it can be a good way seeing how things aren't that far away and keeping them easy to reel off. If you go around the cycle to F, you only change the one note for the major scale but note that you have already played F major notes from your C7 and F7 from your Cm7. And so on. Cm7 is also the notes of Bb Major.

If there are any short cuts to be had, this is the type of thing. The other thing to do is to bolt on other technical aspects when playing scales:

Remember though, knowing a scale inside out means that you can jump in on any note - can you play Ab Major starting on note 6? The point of this being that you'll rarely land on the root of the next chord when improvising and to make best sense of your line you'll need to land on something that sounds natural, and this could be any note of the scale.
OP
M

Thanks for the reply, I think that's roughly on the lines I have been thinking. I am trying just to work on one or two keys a day and work on as much as I can. Playing through all the keys I can start hearing the connections and common tones, it's just trying to then put it into usable information.

So, every mode has a corresponding scale?

Eg You gave note 6 of a flat major. So this then corresponds to the f minor scale?

Can we think of this information like a map of sorts? So for example when I land on the 6th note of A flat major I have a picture of the notes that will best get me to the next stop or phrase?

mp_mccarthy said:
So, every mode has a corresponding scale?
Click to expand...

We have to be very careful with out terminology here as it is possible to use the word "mode" as a generic term.

Modes (Ionian, Dorian etc) preceded "scales", but the Major scale contains all of the modes. Every mode can be related to a scale, but you are essentially using two labels for the same thing.

mp_mccarthy said:
You gave note 6 of a flat major. So this then corresponds to the f minor scale?
Click to expand...

No I'm merely pointing out that we usually practice, and therefore come to know a scale from its root, but we will rarely use it in that way, so to really know scales you need to be able to start them on any note, as that is how you're likely to come across them "in the wild".

mp_mccarthy said:
Can we think of this information like a map of sorts? So for example when I land on the 6th note of A flat major I have a picture of the notes that will best get me to the next stop or phrase?
Click to expand...

Yes. You may have an idea for a line in improvising/composing but the chordal structure might change underneath - knowing your options is the key.
OP
M

In my opinion the scales is just the "topic" about speak.
the scale is not music the scale is an "instrument" to play. The pratice (and memorizing) are important but ....you have to contextualize the scale...for example you can learn 3 different scale
C maj - C7 - Cm7
but (in my opinion) is better think just one scale (C maj7) and then think only the different notes (Bb and Eb in C7 and Cm7 respectly)...

Strambic said:
In my opinion the scales is just the "topic" about speak.
the scale is not music the scale is an "instrument" to play. The pratice (and memorizing) are important but ....you have to contextualize the scale...for example you can learn 3 different scale
C maj - C7 - Cm7
but (in my opinion) is better think just one scale (C maj7) and then think only the different notes (Bb and Eb in C7 and Cm7 respectly)...
Click to expand...

I don’t agree with this example as they each have a particular function - ie C7 being a dominant in F.
When playing in F major you don’t want to have to relate C major
OP
M

So, if we have memorized and internalized the particular scale functions is the idea then that this helps us make more informed and conscious decisions about how to shape a musical line, i.e. instead of just letting fingers wander or being too closely tied to a melody?

I am just trying to understand how this information is practically used.

Yes. The notes of a lead line are informed by the harmony. If the harmony is not very adventurous then the soloist can play pretty much using the "home key". There are many Pop tunes that will allow this (and many that won't), but if you consider jazz, then a very often used progression is from Gershwin's I Got Rhythm, usually spoken of as "Rhythm Changes".

You can solo over the 1 chord in the A section (and you can also state all of the changes if you wish), but the B section goes "around the houses" - the cycle of 5ths - and starts on the dominant 7th a major 3rd from the root/home note of the tune: G major Rhythm Changes has B7 as the first chord in the B section.

All of a sudden, you'll be hard pushed to hit some nice sounding notes for several bars unless you understand the harmony/chord/scale relationships.

Pete Effamy said:
I don’t agree with this example as they each have a particular function - ie C7 being a dominant in F.
When playing in F major you don’t want to have to relate C major
Click to expand...

I thought you might mean something else, which is why I disagreed with this example. For example:

There are many jazz books that list endless scales. The so-called Bebop Scale - a dominant scale that includes the major 7 too between the b7 and tonic. In my book, it isn't a new scale, it's a device to allow you to land on chordal notes more easily when playing groups of fast 4's.
It's just something that you clock and add a note to land where you want to land.

Modes are confusing, as they are just the major scale started on a different degree. The common ones are named as Pete wrote above, and a few used more than others. They have distinctive sounds we need to recognise. Here's an interesting approach, a video of classical music for each mode.

Modes: What are they and how do I use them?

From their meaning to their history in Western music, here's an easy guide to modes.

www.classicfm.com
After looking through these (one isn't classical) it isn't always apparent where the mode is used, especially in multi-movement pieces! Lots of homework!
Last edited: Dec 12, 2019
S

Perfect i totally agree whit both

When in my music A level class one or two years ago, I asked the question: if all the notes are the same for each mode, why do we have different modes - don't they just sound the same?

The beauty of course is in the intervals. Many tunes will use notes 1, 3 and 5 heavily, and others in passing. When you go to the next mode, these 1, 3 and 5 intervals equate to different notes, and will be different intervals too: 1 to 3 = minor or major 3rd and so on.

This broadens further when you use harmony: try playing a ii - v - i in each of the modes and listen to the different flavours. If able, try a iii - vi -ii -v -i
OP
M

I was just looking at his, and seeing the chord changes on the lead sheet I can see why this understanding is useful.


Pete Effamy said:
All of a sudden, you'll be hard pushed to hit some nice sounding notes for several bars unless you understand the harmony/chord/scale relationships.
Click to expand...

This helps me understand why, for example, if I am trying to improvise over basic chord changes I can find a lot of things to play and feel 'safe' in trying out new notes and rhythms. Whereas with a more complex tune even if I know it well I am either playing the same thing over and over or often fishing around and can usually only a manage a few phrases here and there that sound good.
S

You have to relate the scales with the armony and expecially with the "chord tones"...you have to kown the "avoid notes"...for example

on G7 dominat you are in Cmaj scale...all notes will be good!

on Cmaj7 you are again in Cmaj scale...but the F (4°) will not sound good....is like alphabet the characters are neutral will be the words and the phrases important

Years ago when I was studying jazz with an accomplished professional saxophone player he had me practice a "scale cycle" through all 12 keys. For the most part only one note changed going from one scale to the next starting on the same note, for example: major scale, mixolydian mode, dorian mode, etc. What I remember is that after several weeks I started to play the sequence by ear rather than think of the notes raised or lowered from the scale before.
You must log in or register to reply here.
Share:
Facebook Twitter Reddit Pinterest Tumblr WhatsApp Email Link 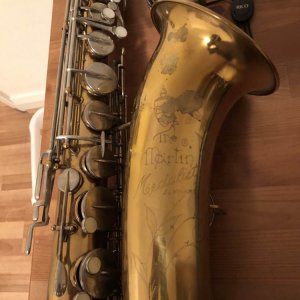 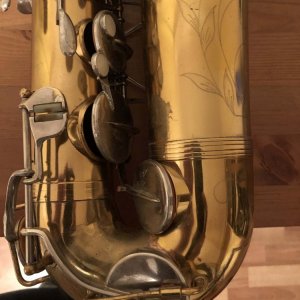 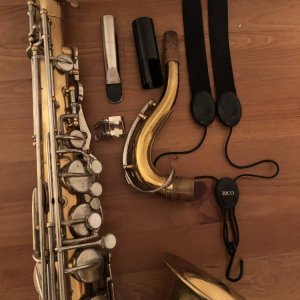 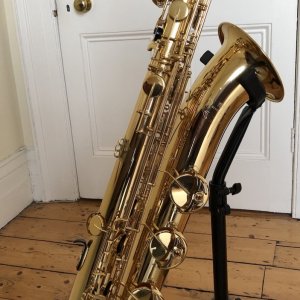 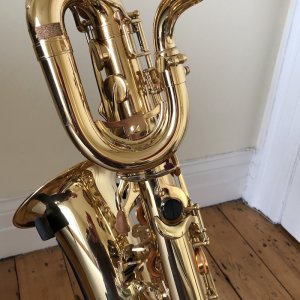